by The Charles Darwin Selection 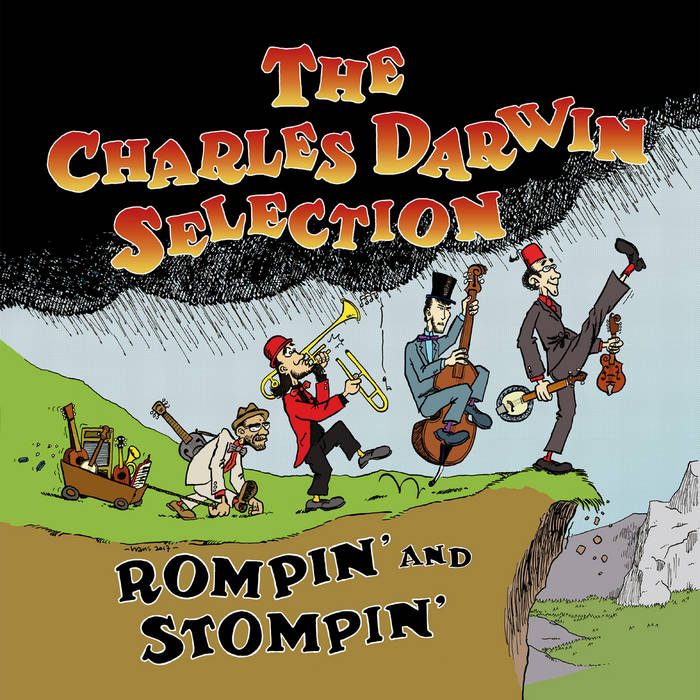 Look what came crawling out from under a rock! The Charles Darwin Selection, a band from another time? Heck, they even seem to come from another úniverse!
Their selfpenned songs are not about things that normal people can be bothered with:
They sing about describing exotic birds for science; wellmeaning, but unsuccesfull missionaires; the terror of Darwin's theory of evolution; how Toetanchamon's (after)life got in a rut and the how and why of dinosaurbones in the ground.
Their musical influences are near-extinct musical types like ragtime, tradjazz, swing, hawaii-music, negro-spirituals en countyblues. Passionately brought back to life by the gents in a way not even 'herr doktor' Frankenstein could have imagined.
They take there music dead (pun intended) serious... but not themselves.
*Master-bullfiddleplayer Chris Wouters provides the foundation on which the other three by Charles Darwin selected members Manus Horst, Ludo Klink and Hans Hartgers can play their guitars, ukuleles, banjos mandolins, trumpets, trombones, wasboards, harmonicas en kazoos as if the electric guitar and the drumkit were never invented.
**Completing the picture is their wardrobe: cheap suits, bowties, breast-pocket handkerchiefs, garters and hats like the topper, the bowler hat and the fez. And they sound exactly like they look.
***Out of date, yet hip and happening.
Far, far out (of this world).

Bandcamp Daily  your guide to the world of Bandcamp